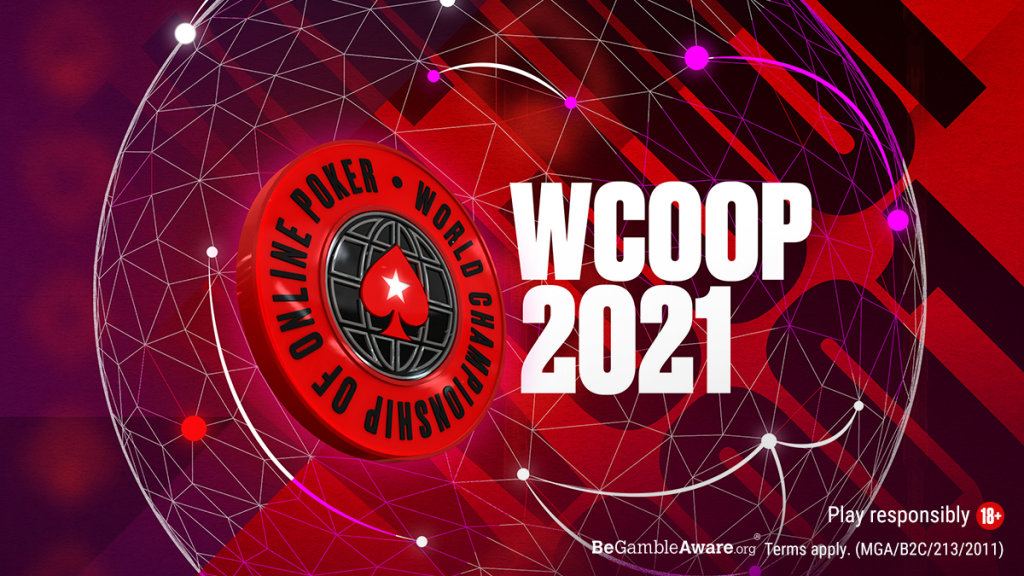 PokerStars has announced the complete schedule for the 2021 World Championship of Online Poker (WCOOP), the 20th running of the granddaddy of all online poker tournament series. Running August 22 to September 15, the 2021 WCOOP will have 102 events and $100 million in guaranteed prize pools.

Through last year, all 19 WCOOPs have awarded $972,894,033 in prizes, so this one becomes even more special because at some point in the series, the $1 billion threshold will be crossed.

“WCOOP is part of the PokerStars legacy. It’s where our community can battle to be a part of history and become a world champion in poker,” said Severin Rasset, managing director of poker at PokerStars, in a press release this week. “This is the 20th edition of WCOOP and this year we’ve got our biggest WCOOP guarantee to date at $100 million, unique trophies for the champions, and so many different ways for players to qualify, including our Road to WCOOP promotion and 50/50 WCOOP Series up and running right now.”

As has become the norm for WCOOP, each event will have three buy-in levels – Low, Medium, and High – meaning that in total, there will be 306 tournaments. Though the Medium and High levels tend to be out the reach of many players, Low buy-ins can go all the way down to $5.50, so there really is something for everybody.

None of the Main Events are insanely cheap, as the least expensive is $55, but anyone who is not a micro-roller like me should be able to scrounge up enough change for that one. There will be six Main Events, three No-Limit Hold’em and three Pot-Limit Omaha. The “Main” Main Event is the $5,200 No-Limit Hold’em 8-Max tournament, which comes with a $10 million guarantee.

One cool thing, especially considering that this is an online tournament series, is that every winner will receive an actual, physical trophy. There will be two trophy styles. One type will go to the six Main Event winners and the Player of the Series (based on leaderboard points). The other will be awarded to everybody else who wins any of the WCOOP tournaments, as well as the winners of the High, Medium, and Low buy-in leaderboards.

Plenty of ways to qualify

As Severin Rasset mentioned, PokerStars is running several promotions to let players qualify, one of which is the Road to WCOOP. It’s been running since late July, so if you have been playing on Stars, you’ve probably seen it. If not, don’t worry – it’s like a lot of other PokerStars promos. You have to opt-in, first of all, then choose a Low, Medium, or High Redemption Points Target, once per week. When you hit the target by playing in real money poker games, you get a ticket into a weekly drawing. Winners of the drawings receive WCOOP tickets. Those who do not win can play in the $200,000 Ambassador Freeroll on August 22 for another chance to win WCOOP tickets.

The other promo Rasset referenced is the 50/50 WCOOP. This one is also pretty straightforward. This month through August 15, PokerStars is holding 50 tournaments, each with a $50 buy-in. They guarantee $6.5 million in total prize pools and the winner of each also receives a $5,200 WCOOP Main Event entry.